Last week I saw a film about the group Ekta Parishad.1 This group applies methods derived from Mohandas Gandhi to help dispossessed Indians to regain their land and livelihood. The film centered on one of the main activities of the group, which is the training of the dispossessed people from a certain region on how to exercise their rights and protect themselves in a non-violent way.

During that training, the film shows a discussion of the results of what was evidently a brainstorming session about the issues facing the community. These issues included such problems as insufficient funds, lack of food, no teachers, low salaries, loss of local traditions, no hospitals or medicines and so forth. When I saw this list, I immediately thought of the results of such sessions when a group of IT people describe the problems they are facing. Until they receive further training, such lists are almost always the same: lack of resources (that eternal complaint!); lack of skills; poor documentation; inadequate tools; etcetera, etcetera and so forth, as the king said.

The leader of the Ekta Parishad meeting then swept aside that list, saying that it is very superficial. He then started a list of problems that he, himself, saw while touring the village concerned. “Why is the village so dirty?” “Why has the canal bringing water to the village pump been blocked for days?” “Why do children defecate in the streets?” The list could have grown very long.

Those of us accustomed to a lean approach to improvement will immediately recognize that the group leader has done a gemba walk. He is espousing the principle of genchi genbutsu, “go and see”. In short, rather than generating a theoretical list of issues, inevitably pre-digested, often conventional, biased and poorly actionable, problems should be described in terms of what you can detect at the place where the work is being done. 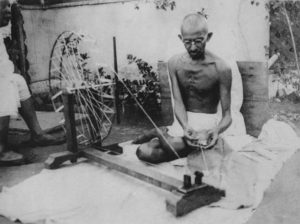 What I found worthy of note is the fact that this approach to improvement, if really based on the teachings of Gandhi, predates the lean methods developed at Toyota by several decades. My knowledge of what Gandhi really said and did is largely anecdotal, based more on films rather than gone and seen for myself what he wrote. But he is now on my reading list. Perhaps he provides many other insights that we can use today to improve how we work. 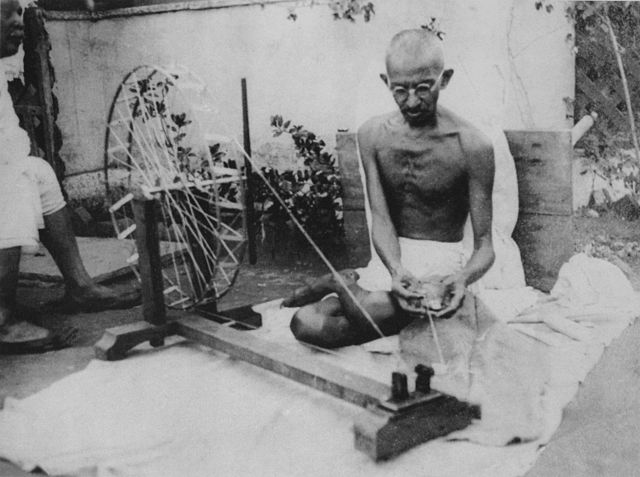