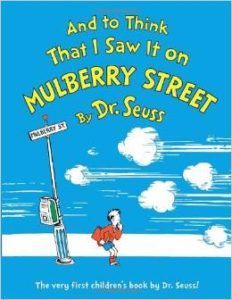 Aprill Allen asked if we could represent ITIL or any part thereof in the style of Dr. Seuss. Here is a modest contribution. For those of you who were not raised on the tales of the good doctor, you may wish to read “And to think that I saw it on Mulberry Street“, first.

Note, too, that two of the main roads in Norwich, the “home” of ITIL, are Pottergate and Duke Street.

And to think that I saw ITIL on Pottergate Street

Now, what can I say
when I get home today?
All the long way to work
And all the way back,
I’ve looked and I’ve looked
And I’ve kept careful track.

But all that I’ve noticed, Except my own feet
Was a computer and an app on Pottergate Street.
That’s nothing to tell of,
That won’t do, of course….
Just a broken-down app
On an I586 corpse.

That can’t be my story. That’s fit for a sap.
I’ll say that an SLA was pulling that app.
And that is a story that no one can beat,
When I say that I saw it on Pottergate Street.
Yes, the SLA is fine,
But I think it’s a shame,
Such a marvelous agreement
With a doc that’s so tame.

The story would really be better, you see,
If the computer I saw there were in a CMDB.
A controlled element and an asset, to boot,
(Who knows the difference – but I don’t give a hoot.)
Well, a configuration record is hard to beat,
as it rumbles like thunder down Pottergate Street.

No, it won’t do at all… a CMDB’s too small.
A CMS is better; it’s complete and its fleet,
And it’d look mighty smart
On old Pottergate Street.

Hold on a minute! There’s something wrong!
A CMS isn’t so large or so long
It needs the big picture, just ask ole Queen Bess.
Include all the knowledge, in an SKMS.

Hmmm.. config and change control…
Say-anyone could think of that,
An Ivor or a Colin or a David off the bat–
Say, even a Sharon could think of that.
But it isn’t too late to make one little change.
Let adds some processes, now there’s  something strange!
Say! That makes a framework that no one can beat,
When I say that I saw it on Pottergate Street.

But now I don’t know… It still doesn’t seem right
A service has a lifecycle, just ask any wight
Strategic, conception, transition and ops,
And without some improvement it would be just for fops.

I’ll put on some exams! I know they won’t mind
If an invigilator sits and grades (I hope I won’t be in a bind).
But now is it fair? Is it fair what I’ve done?
I’ll bet those manager essays weigh more than a ton.
That’s really too heavy a load for a test;
Change to multiple choices, I’m sure that is best.

But now what worries me, what might make me puke…
Is that Pottergate Street runs into Duke.
Unless there’s some controls and some metrics, too,
There’ll be an awful  hullabaloo!
It takes governance to do the trick,
To guide them through where traffic’s thick –
It takes some policies to do the trick.
They’ll never crash now, giving service at top speed.
With Margaret Thatcher, herself, in the lead.

Now ITIL, you may say, is worth a lot of bread,
But don’t let that vision, go to your head.
Return on investment is the Capita l thing,
So a little joint venture should make the till ring.

Don’t worry about upgrades or keeping abreast,
Those authors are tired, let’s give them a rest.
And who cares if the exam rate is going downhill,
There’s still plenty of value for the owners to swill.

Well, my boss said quite calmly, don’t be a jerk,
Just tell me what you saw on on the way into work.
Did you see Agile or Kanban or Lean (or just your feet)?
Why no, said I, those are not worth a beet
Unless you can see them on Pottergate street. 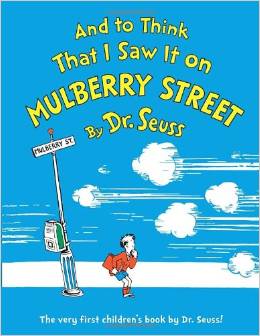