What is lean release management?

I would be begging the question were I to stop the discussion here. So, I will continue by discussing three topics:

I will conclude with a discussion of the product owner’s responsibilities for releases.

The idea that release management and deployment management are separate has already been broached many times. It suffices to recall the reasons for keeping them separate (especially in a lean context) and the reasons why anyone ever mixed them up.

When software (or any other type of release unit) is developed in-house for internal use, the development, release and deployment of a given product version is traditionally treated as phases within a single project. I understand the word “project” to refer to a temporary organization created to deliver a fixed set of deliverables. Since such organizations have a long history of very poor performance, especially in IT, elaborate control processes and superstructures have been devised in an attempt to limit the damage they cause.

But, the process by which a system is designed, built and tested is not the same thing as a project. The distinction is not pedantic. It is perfectly feasible, indeed desirable, to create new service system components and component versions without a project organization. Which leads us to a second, increasingly common use of the term “project”. Often, a project is simply a logical container used to circumscribe the scope of work. In this use, the term implies nothing about the organization performing the work, nor does it imply any particular processes or control methods.

Thus, people often confuse a project plan or a project control methodology with one or more processes. As a result, when people think of releasing and deploying as two sides of the same coin, they are merely reflecting the habits of many years of “project” work, rather than any necessary reality. They feel that releasing and deploying belong together because they are typically contiguous parts of one and the same project plan.

The distinction between the two becomes much clearer in the case of a design and development company creating, often on speculation, a product version for use by third parties. The deployment of that product version is performed under the responsibility of an entirely separate organization, using quite different control criteria and with no necessary linkage in time. Company A releases version 1.1.4 of a product. Company X deploys it the same day; company Y waits several weeks before deploying it; and company Z decides not to deploy it at all, preferring to stay with its current version 1.1.3 of the product. In theory, company A could release a version of its product that no one deploys.

In certain organizations, especially for their web applications, application functions or code is deployed before it is released. Functions have configuration switches that enable or disable them. Thus, these functions can be enabled or disabled, either selectively for individual sessions, generally or in any other manner. The decision to release functionality becomes very flexible and it is very easy to roll back from that decision. This method is called by some “dark releasing”.

For these reasons, I prefer to treat release management separately from deployment management. Lean deployment management most certainly can and does exist. It is not an oxymoron. It can consist of a value stream of value-adding activities. But that activity is outside the scope of the following remarks. Suffice it to say that many organizations have jobs or roles entitled “release manager” where the essence of their work is in performing deployments, not in managing releases. So, in what follows, deployment is out of scope.

Many of the activities attributed to release management, especially in the ITIL® framework, are described as “ensuring” that some task is performed or some outcome is achieved.2 Rather than analyze in painstaking detail all such activities, I will describe in general terms why these activities should not be performed when using a lean management approach. They are a form of waste.

In a lean approach, all activities should be value-adding from the perspective of the recipient of the output of the activity (i.e., the customer of the activity). Thus, any activity that only serves to ensure that someone else correctly performs a task should not be performed when using a lean approach. A lean approach will not perpetuate bad practices by integrating “ensuring” activities into processes or by hiring managers to “ensure” the correctness of work. Instead, it insists on analyzing the causes of those wasteful practices and improving them.

In the following table, I list those “ensure” activities, together with remarks on who should execute and improve the underlying activities in a lean context.

Other putative activities of release management

The product owner and releases

The notion of “products” in ITSM has led to considerable confusion. The role of the product manager made a brief appearance in ITIL 3 Service Strategy: “[Business Relationship Managers]  work closely with Product Managers who take responsibility for developing and managing services across the lifecycle” (§4.1.3, p. 67 – my emphasis). Product managers disappeared, for reasons that remain unstated, from the 2011 version of Service Strategy. I have chosen to speak of product owners, which would be identical to the product manager role as defined in ITIL 3, so as to align this analysis with lean approaches to service management, product development and the software life cycle. A service is merely a product offered by a service provider. In this sense, services are like the tangible, physical goods that are also offered up as products. It is in this sense that I referred above to the service owner as being a type of product owner.

What does it mean for a product owner (that is, a service owner) to take responsibility for developing and managing a service when it comes to releasing? It means that the product owner:

Some ITSM diehards might proclaim that such a product owner plays the role of the release manager (at least for certain activities). I won’t try to convince such people otherwise. But for those interested in simplification, in paring down work to the essential, which is what the lean approach is trying to achieve, the release manager and release management as an independent process is a redundancy, a form of waste to be eliminated.

What about organizations where the product owner role does not exist? Such organizations, lacking a responsibility for defining and evolving the long-term strategies of its offerings and guiding those offerings to reflect those strategies, will have issues far more severe than the management of releases. They should first ensure that the product portfolio is understood and under control.

The article Lean Release Management by Robert S. Falkowitz, including all its contents, is licensed under a Creative Commons Attribution-NonCommercial-ShareAlike 4.0 International License.

1Disclaimer: By making such a categorical statement, I do not want to give the impression that I am defining a normative statement of what lean release management must be. To paraphrase Shigeo Shingo, lean is a state of mind rather than a checklist. When I use the word “should” in this article, I am expressing an opinion justified by experience. That does not mean that my opinion is the only “right” way to manage releases in a lean way.

2I am not picking on ITIL. CobiT is in similar. Interestingly, the objective of release management according to ISO 20000—”To deliver, distribute and track one or more changes in a release into the live environment”—is essentially concerned with deployment management, albeit Part 2 adds complementary information that aligns the standard with ITIL. Thus, the two parts are not entirely coherent. On the other hand, IT4IT puts release and deployment activities within the Request to Fulfill value stream. That being said, it still recognizes “release manager” as a distinct role.

3For those not familiar with the term, a DML is a “definitive media library”. This is a mechanism intended to provide a highly controlled environment, under the responsibility of a configuration manager, wherein copies of all authorized software components and related items are held.

4I would say that this activity is a responsibility of change management, but change control is just as problematic as release management in a lean context. 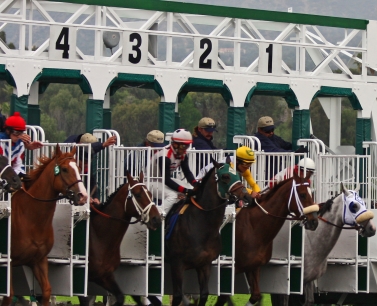 Article Name
Lean Release Management
Description
There should not be any "lean release management", as release mgmt activities are either forms of waste or should be done by other processes.
Author
Robert S. Falkowitz
Publisher Name
Concentric Circle Consulting
Publisher Logo